Join us for a safely distanced, outdoor concert! 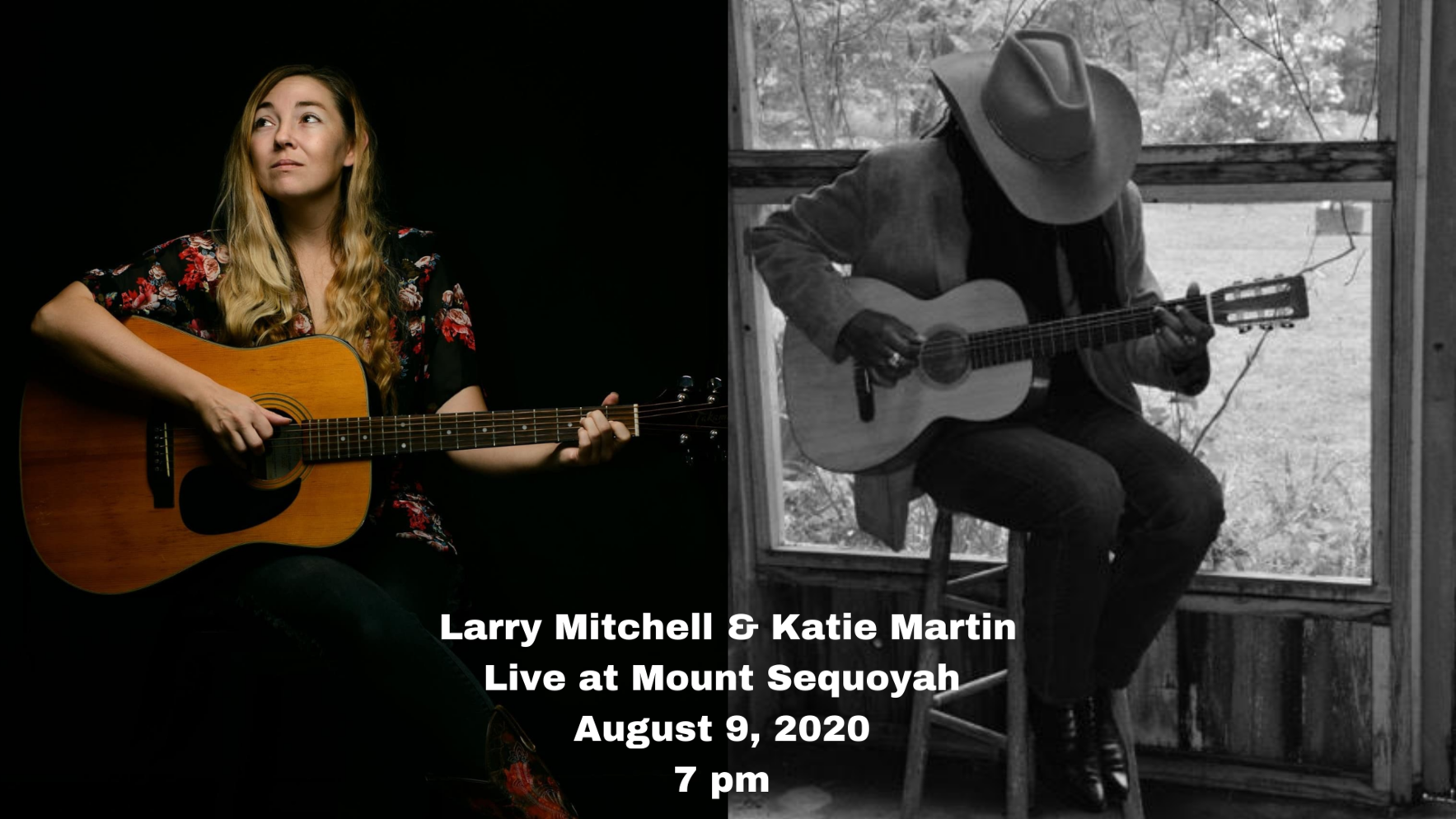 There are currently no tickets available for this event, but you can still make a donation.

Please join us at Mount Sequoyah for an outdoor, socially distant concert. Larry Mitchell and Katie Martin will be performing together. The concert will begin at 7:30 pm with seating opening at 7 pm. There will be socially distance circles painted on the grass. PLEASE BRING your own lawn chairs or blankets. All proceeds for the concert will go to support children's programming at Mount Sequoyah.

Performing across the Southeast since 2006, Katie Martin's unique blend of blues, folk, and soul mesmerizes audiences in a way that has to be seen to understand. Seeing Katie Martin perform is an experience like no other, and her refreshing individuality is one that leaves a lasting impression long after the stage has grown silent. In 2015 she began recording with Grammy Award winning producer, Larry Mitchell and since then she has released two Live acoustic EPs and 2 full length albums, "Purpose" (2015) and " Hope" (2018) all produced recorded and engineered by Mitchell in the Chocolate Room Studios. At the moment she's working on her third album with Mitchell set to be released in the next year.

Along with songwriting, she also is a Live Looping Artist, which means she composes songs with Loop Pedals for live performances. In the past few years she has performed in Live Looping festivals across the US and in Mexico. When she isn't touring or playing festivals she's working on new songs and artwork or you can find her playing music in hotel bars, wineries, music venues, and the occasional restaurants across the southeast.

Larry Mitchell is a Grammy award-winning producer, engineer and performer who has toured the world playing guitar with well-known artists including Tracy Chapman, Billy Squier, Ric Ocasek and Miguel Bosé. In his original compositions, Larry skillfully weaves guitar textures that showcase his virtuosity as a solo artist and ensemble player.

As an artist, he has released 9 solo records and won a San Diego Music Award for best pop jazz artist.

As a producer-engineer, Larry has won 26 New Mexico Music Awards in various categories from pop, adult contemporary, rap, rock, country and Native American. He won a Grammy Award for producing, engineering and performing on “Totemic Flute Chants” by artist Johnny Whitehorse, who is better known as Robert Mirabal of Taos Pueblo.

This event will be held in Cottage Circle at Mount Sequoyah
150 N Skyline Drive
Fayetteville, AR 72701
Get Directions

You can support us by making a donation!